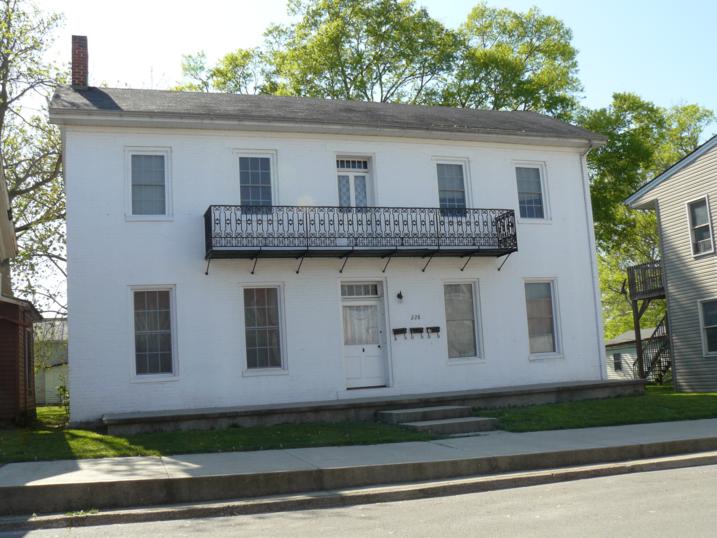 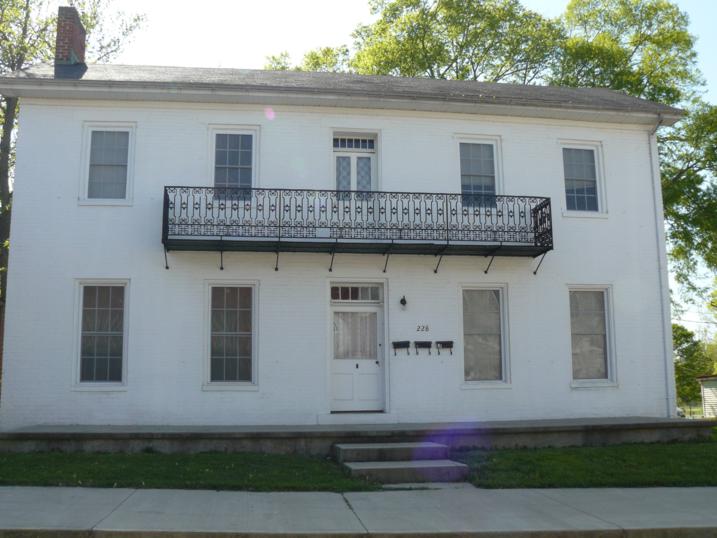 Two Confederate soldiers were shot here during the Battle of Augusta: Captain W. S. “Whip” Rogers and Lieutenant William Courtland Prentice. Lt. Prentice’s father supported the Union. George Dennison Prentice, was the editor of the Louisville Journal. Lieutenant Prentice died from his wounds a few days after the battle. His father sent for his body, which was later reinterred in Louisville. Prentice published a powerful eulogy for his son in the Journal. It was widely circulated in other papers across the country. In 1864, Prentice created the character Sue Mundy to mock the incompetence of Union General Stephen Burbridge, military commander of Kentucky. After the war, Prentice remained as editor of the paper, during and after the 1868 merger that created the Courier-Journal.

This building also endured cannon fire during the battle. When the structure was undergoing renovations to convert it into the Mary Ingles Hotel, both grape and canister were found embedded into the roof.